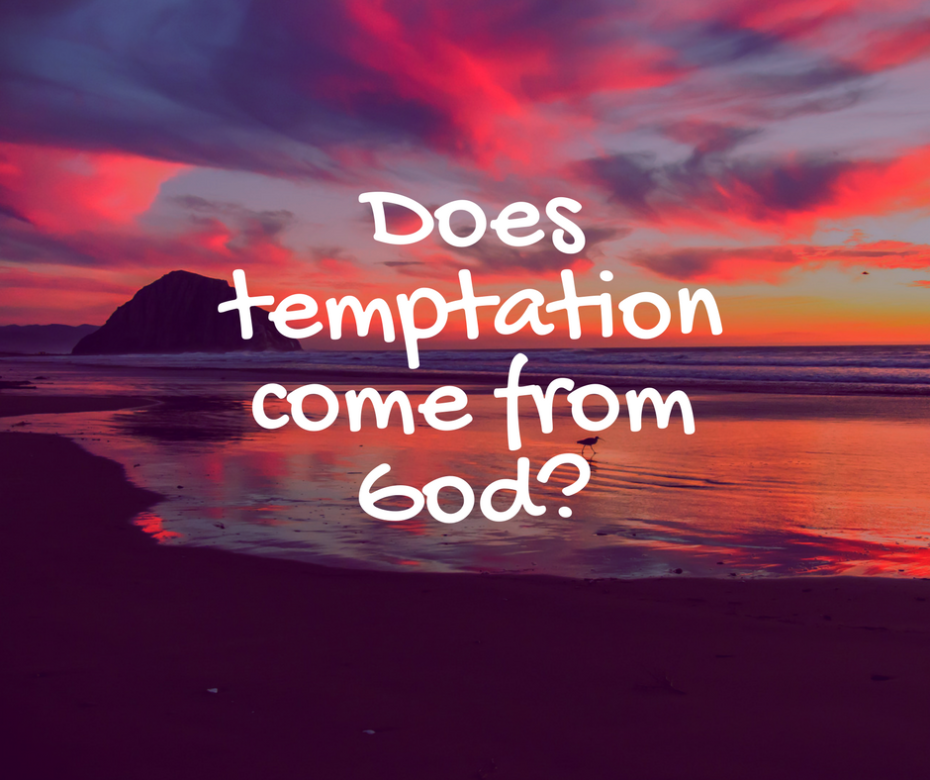 So far one major theme in James’ epistle has been the testing of our faith (Jas. 1:2-3, 12). Last week he spoke to us about the test of poverty and the need to endure through it. But the question that arises in the mind of the reader is that, if one fails the test and falls for a temptation to go after the things of this world, who will be responsible for it? Isn’t God who allowed the testing, at least partially responsible for it? James answers by saying:

God cannot be tempted and God does not tempt (v. 13): James says “Let no one say when he is tempted, “I am being tempted by God””. And he gives two reasons for it. First reason is that “God cannot be tempted with evil”. James, in talking about ‘being tempted’, is referring to an internal weakness which causes us to surrender in a moment of testing. This is clear from the context when he talks about our ‘desire’ as the source of temptation (Jas. 1:14). In that sense, ‘God is without temptation of evil’. His conscience is not scarred. It could also be said that it is beyond the power of any evil force to effectively tempt God. The basic point that James makes here is that there is no common point where God and evil meet. Then how can we blame God for our temptations?

The second defense that James offers in favour of God is that, “he himself tempts no one”. But there are places in scripture where God tests and his people Israel end up falling for a temptation (for e.g. Judg. 3:1, 4, 5-6). In that case isn’t God responsible for the temptation? How can we reconcile these facts? The answer lies in knowing that: God gives the test of faith with only one good intention i.e. the person(s) being tested should pass the test of faith. There are no other evil intentions in him. But because man is unlike God and is born with inherent evil (Ps. 51:5), the test which God intended for ‘good’ becomes an ‘evil’ temptation in the hands of men. Therefore, God is not to be blamed for our surrender to temptations.

Rather, we are responsible for it (v. 14-15): The buck stops with us because it all begins with our ‘own desire’. By itself, no desire is ‘good’ or ‘evil’ rather it is dependent on the object of one’s desire. Here it talks about the ‘evil desire’ that is resident in us (Jas. 1:14). It tempts us by ‘dragging or carrying us away’ despite any resistance from our conscience. It also ‘entices us’ i.e. the use of some clever means to arouse our interest. The word entice has the connotation of ‘hooking a fish with a bait’. So, our evil desire forcefully drags us away from God during a moment of trial and entices us to surrender to the temptation.

It reminds us of the adulterous woman in Proverbs who literally ‘seizes’ her victim (Prov. 7:13) and ‘seduces’ him with her speech (Prov. 7:21). That is why James pictures ‘our desire’ as a feminine character in Jas. 1:15. When we give in to her force and seduction, she ‘conceives/ becomes pregnant’ and gives birth to ‘sin’. And even as we nurture this daughter called ‘sin’, she eventually goes on to give birth to ‘death’. James is making a comparison between two ways of life. If one endures the trial and passes the test of faith, we become ‘perfect and complete’ (Jas. 1:4) and eventually receive the crown of life (Jas. 1:12). On the other hand, if we give in to a temptation and fail the test of faith, we will live a life of ‘sin’ that culminates in eternal death (Rom. 5:12).

Application: Having seen the hopelessness of our own wretchedness, James wants us to run to Jesus, who became the propitiation for our sins (Rom. 3:25; 1 Jn. 4:10) and rescued us from the consequence of death (Rom. 6:23), a curse of God (Gal. 3:13). Because it is through him that we find mercy and grace in times of failure and renewed strength to pass the test of faith (Heb. 4:15-16).